Genie Shuller believes that fine handmade jewelry is a highly personal investment, to be treasured and enjoyed for life. It reflects the thought and care of both the artisan and the wearer. Her love of art objects, especially jewelry, has been a sustaining force which emerged as an active pursuit in 2001 after retirement from a 35-year health care career. She received a diploma in jewelry fabrication and repair in Boston, MA, from North Bennet Street School (http://www.nbss.edu/ ), a professional trade school known for traditional craftsmanship. Her work has been exhibited in: NBSS student shows; the NBSS exhibit at the Society of Arts & Crafts/CraftBoston 2003; the Creative Crafts Council 2007 Biennial Show, North Bethesda, MD; the Rossdhu Gallery Celebration of Craft, December 2007; the Washington Guild of Goldsmiths’ Metalwork 2008 biennial juried show and sale; the Creative Crafts Council 2009 Biennial Show, North Bethesda, MD; and the juried NBSS 125th Anniversary Alumni Show, Concord Museum, Concord, MA 2010. She has participated several times in the Santa Fe Studio Tour (www.santafestudiotour.com) in Santa Fe, NM, and has worked in two established studios: Metalwerx in Waltham, MA; and Creative Metalworks in Kensington, MD. Genie is an active member of the New Mexico Metalsmiths Guild.

Although Genie produces work for sale through the Santa Fe Studio Tour, her preferred method is through commission, working one-on-one with the purchaser to design and fabricate a piece which is unique and meaningful to the individual. If you are interested in having her produce a piece of jewelry for you, she can be contacted as follows: 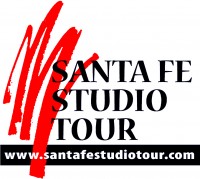